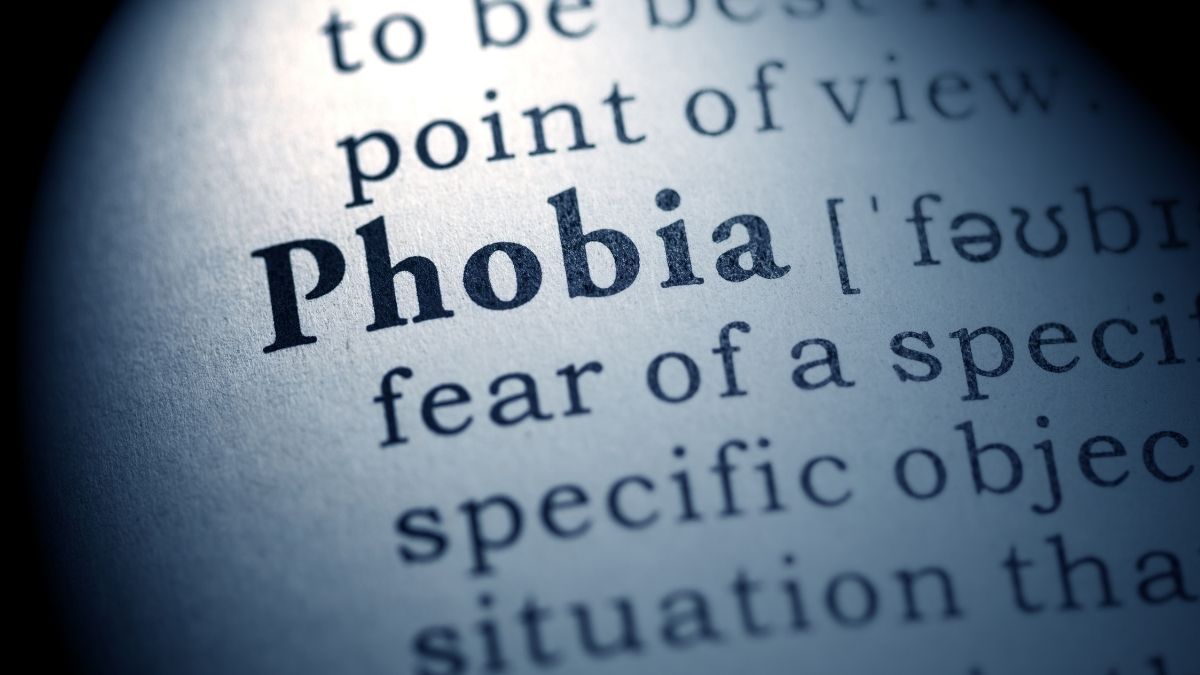 It is extremely common and normal for a person to feel scared or worry due to some threatening situations. There are many things that scare us and we often try to avoid them, but those things do not stop us from doing any daily activity. Phobia is a strong involuntary fear that leads to avoidance of common everyday places, situations, and objects that are logically known to have no danger.

In simple terms, people who experience fear that is out of control is known as a phobia. A normal fear becomes a phobia when it lasts for more than six months and has a significant impact on how a person do day to day activities. When people come in contact with their phobias they experience both physical and psychological symptoms. Physical symptoms include feeling of uneasiness, sweating, shortness of breath, nausea, and trembling and psychological symptoms may include the fear of losing control or dying.

Fear is known to be a result of the brain’s defense mechanism towards any dangerous stimulus and whenever any person develops a fear, it becomes difficult for him or her to overcome. A fear may stay throughout the life. There is no particular cause of the phobia, there are several factors that could play a role in the occurrence of phobias. Generally, factors like any particular incident or trauma, genetics, and prolonged stress that reduces the ability to cope with difficult situations can play roles in the occurrence of phobias.

On the other hand, complex phobias are the type of phobias that can have a serious impact on the life of a person and most often, this type of phobia develops in adulthood. Complex phobias are further divided into two types – social phobia (feeling of fear in social situations such as public speaking, talking to new people, and taking authority), and agoraphobia (fear of open spaces such as being alone at home, being alone in a crowded place).

The primary difference between the specific phobia and complex phobia is that complex or particularly social phobia is associated with fear of social situation which can lead to embarrassment. There are many different phobias and some of them are as follows:

Achluophobia is a term which is used for the extreme fear of darkness. Many times, this phobia is also known as scotophobia and nyctophobia. This phobia occurs when the brain of a person strongly believes or disfigured perception that something can happen in the dark environment. Whenever a person having this phobia finds himself or herself in the dark environment a wide range of symptoms can occur such as irregular heartbeat, excessive sweating. nausea, and breathlessness.

Many people across the world have a fear of heights and this fear is often known as acrophobia. It is one of the most common phobias and people having this phobia finds it difficult to climb a ladder, standing on a high floor of the building, and many other activities that are associated with height. Many times, this fear of height is mistaken as vertigo, but these two are completely different problems. It is considered to be a serious problem as it is a terrible situation that can create sudden confusion and panic. It can cause a panic attack that is characterized by irregular heartbeat and dizziness.

Also Read: A Guide To What An STD Is.

Cynophobia is defined as a persistent and extreme fear of dogs. It is a common type of phobia and a large number of people are scared of dogs. But the response of each person having this phobia may differ. For example, some people may feel the mild symptoms of anxiety in the presence of dogs, whereas some people may have a panic attack when they see dog (even on the screen). The severity level of this phobia varies from person to person and it can show its effects in its own ways.  It has been noticed that people who have a phobia of dogs find it difficult to stay for a long time with people who have dogs.

It is a type of phobia which is associated with physical movement. When someone has an extreme fear of speed, it is known as tachophobia. People having this fear do not do anything that is done too fast. Everyone feels scared of speed but when it becomes a fear, it is known as a phobia of speed. People having this phobia often feels that they will due to the speed. It is characterized by a wide range of symptoms such as shaking, trembling, and shivering even with the thought of a speed, sweating, heart palpitations, and shortness of breath.

Aquaphobia is defined as a persistent fear of water. It is associated with the high level of fear which is beyond the control of a person and can significantly interfere with daily life. These people often think of drowning when they think of water and portray a very strong reaction when they think that they will drown. This physical response can come in the form of dizziness, numbness, shivering, and shortness of breath.

Hemophobia is a phobia which is associated with irrational fear of blood and many times it is also known as blood injury phobia. People having this phobia are so scared of blood that they feel dread even after a sight of their own blood. Sometimes, a thought of blood or a filmed image of blood also triggers the symptoms associated with this problem. Research suggests that blood can remind them of their own vulnerability to injury and death.  Some of the symptoms that are triggered by this phobia include lightheadedness, pain in chest, nausea, and shaking. It is believed that the most common cause of this phobia could be direct or vicarious trauma in childhood.

Tags: list of phobias a to z, most common phobia in the world, causes of specific phobia, phobia symptoms, panic attack warning signs