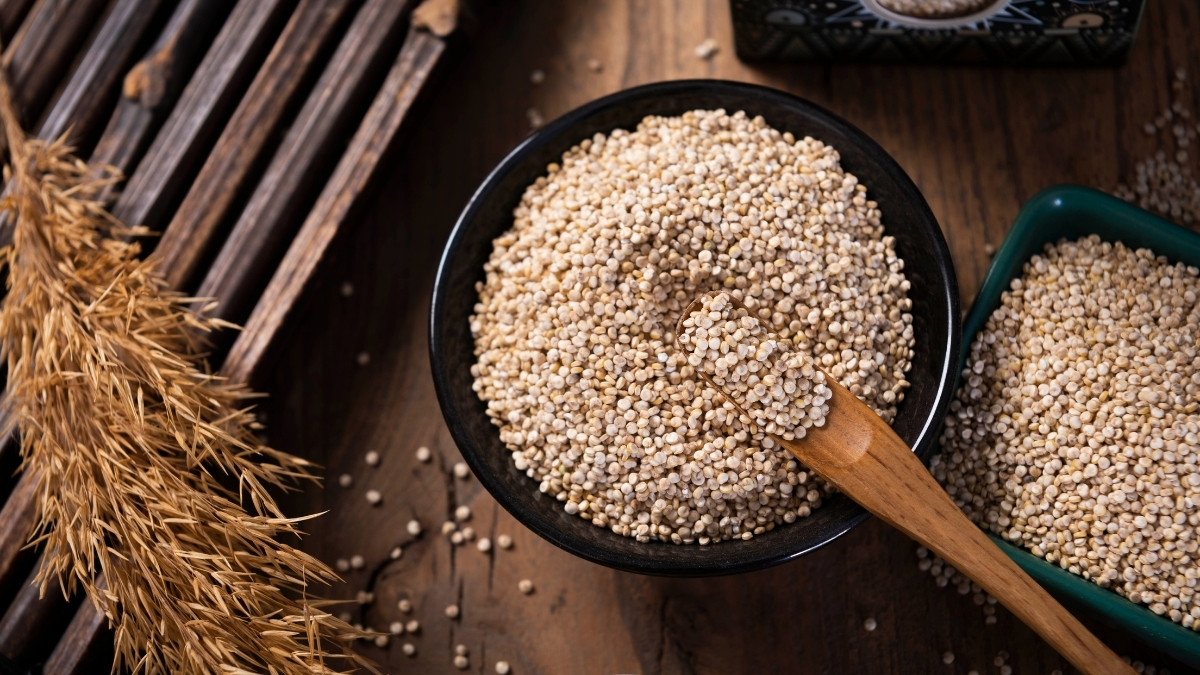 In the present world due to constant pressure and different climatic changes, a large number of individuals are suffering from chronic undernourishment. There is no doubt to say that the food provides essential nutrients in the body and allows it to function normally. Intake of nutrient rich food is important for the body as undernourishment causes our metabolic process to suffer, leading to the occurrence of various diseases.

Many researchers have devoted their time and effort in analyzing the foods or the components that may be healthy for human consumption, and quinoa was added in the list of some healthy foods.

From the past thousands of years, quinoa has been consumed by people due to its potential health benefits and high nutritional value. The nutritional value of quinoa is too high that it is considered to be one of the most healthy foods. The consumption of this food not only provides us with an adequate amount of nutrients, but it also provide numerous health benefits.

Quinoa is high in antioxidants

There are some compounds which are known as reactive oxygen species and are produced in the body as a result of pollution, cigarette tobacco use, and certain compounds in the foods, leads to the damage in the cells of the body which becomes a risk factor for the development of many diseases such as cancer and diabetes mellitus.

Quinoa contains many components that act as an antioxidant such as a good amount of polyphenols. More than 20 phenolic compounds have been found in either free or conjugated form in quinoa seeds.

Quinoa is a rich form of fiber

High fiber content is another beneficial effect of quinoa seeds. Fiber is the non-digestible carbohydrates (that is a food that the body is unable to digest or absorb). Fiber plays various important roles in the human body and lack of this nutrient can cause multiple health problems such as constipation, diabetes, hemorrhoids, and thyroid disorders.

Quinoa seeds are believed to contain almost twice the amount of fiber than other grains. Studies have shown that the cooked quinoa contains 80% to 90% of insoluble fibers. Fibers are of two types – soluble and insoluble.

Also Read: Understanding Some Of The Causes Of Hallucinations

Quinoa has a low glycemic index

A low glycemic index diet was found to dramatically lower and even normalizes the level of glucose and cholesterol in the blood. It was revealed that the quinoa seeds could reduce most of the negative effects of fructose on lipid profile and glucose level.

It was also observed by some researchers that quinoa due to its low level of glycemic index reduces inflammation and its effects. In patients who suffer from inflammatory disorder, a reduced inflammatory state has been witnessed which provide a protective mechanism.

It is very much known that proteins play countless roles in the human body. It is found in every cell in the body and is required by the body to maintain itself. The proteins that are present in quinoa are considered to be the high-quality proteins and this is due to their balanced pattern of essential amino acids.

From the last many years people in the United States are trying to decrease the intake of gluten in the diet. This is because a high gluten diet causes damage to the small intestine and develops celiac disease. It is an autoimmune disorder which affects a large number of people and if left untreated, it can cause serious health problems such as iron deficiency, osteopenia, infertility, and lactose intolerance. Quinoa seeds are gluten-free, which means that it reduces the risk of suffering from celiac disease to a great extent.

Share this post with your family and friends and make them aware of the reasons to add quinoa seeds in the diet. Stay Safe, Stay Healthy!!

Tags: quinoa nutrition, quinoa protein, quinoa how to cook, what is quinoa good for, quinoa vs rice