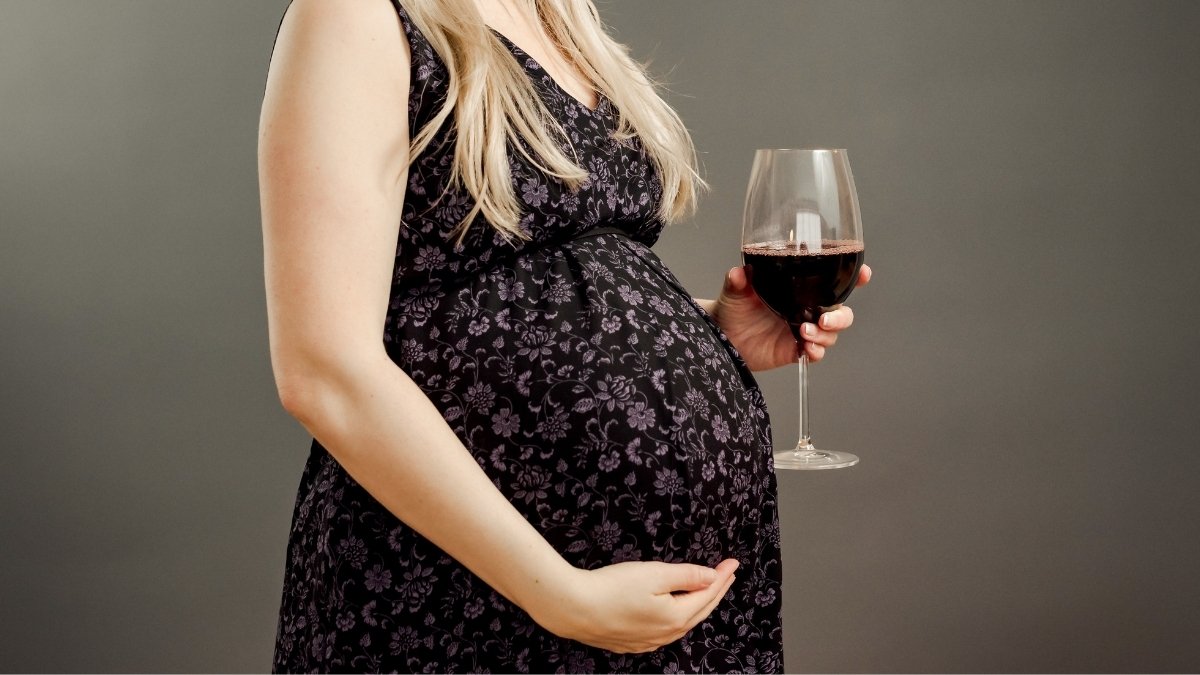 Alcohol can badly affect the fetus of the woman. There are habits such as binge drinking or even worse heavy drinking that might affect the health of a child in such a way that the fetus might even die in two weeks.

Problems such as birth defects, preterm labor, or fetal alcohol spectrum disorders are some problems to name a few that can happen to the fetus. Women who are pregnant should ensure that they eliminate their drinking habits.

Below is the content that explains why drinking during pregnancy is a problem and how it affects your child.

How Alcohol Starts To Affect The Baby

If a pregnant woman continues to drink with no limit she is putting her baby at risk of many birth defects. Alcohol and pregnancy have often been linked to bad terms. Smoking and drinking can have very bad effects on the fetus.

Some of the problems that the baby might suffer from are given below:

In fetal alcohol syndrome or fetal alcohol spectrum disorder, the baby suffers from physical disorders. Some of the disfigure in the baby’s shape and anatomy are listed below:

Other issues also include problems in cognitive behavior. Some of them are also listed below:

Children have also been reported to suffer from skeletal, heart, hearing, vision, and other problems. With so many problems being detected in children, one can take note that quite many problems can come up in fetuses or babies that have mothers who drink. Also, many reports suggest that growing up the child might also suffer from mental health issues. Some problems that the child may face are not having good conduct in controlling impulses, anxiety, and depression.

In the future, the child could even develop the risk of excessive alcohol drinking and other harmful substances. With so many factors on the cognitive aspect, physical problems, and mental issues one can say that there is a negative connection between alcohol and pregnancy.

How Alcohol Can Pass Down And Cause Birth Defects To The Baby?

Drinking while pregnant can result in many birth defects in the baby. When the pregnant woman tries binge drinking the alcohol can pass down to their system via the umbilical cord through the placenta. One must be knowing that the placenta is the only source that the child gets nutrition.

The woman and her partner should regularly take care of the woman’s health. Avoid the habit of drinking or smoking. The baby might have birth defects because of the alcohol in the body. There are times and cases when the man might drink excessively and the woman doesn’t. In those cases, the child might have mental health issues after birth of the child.

Alcohol can also affect the quality of sperm. The sperm is responsible for fertilizing the eff inside the woman’s body. When the sperm is affected by alcohol the effects can be seen in the development and the fertilization process. And later on the development stage.

Also Read: Are You Aware Of The Effects Of Smoking On An Unborn?

Risks To An Alcoholic Woman Due To The Intake Of Alcohol

There are times that the woman might suffer from an addiction to alcohol. The woman might also suffer from problems such as less body mass index, poor nutrition, and the habit of smoking. These types of habits place the child for having health issues related to the tongue.

Even alcohol and drinking habits may be harmful as the child grows up. There are many risks involved in the growth of the child. According to the National Institute on Alcohol Abuse and Alcoholism, if a woman is pregnant with many babies she is putting all her children at risk of having disorders such as Fetal alcohol spectrum disorders or miscarriage.

What Is Binge Drinking?

The National Institute on Alcohol Abuse and Alcoholism also that binge drinking is when a woman takes more than 4 drinks in one go. If a woman who is in her pregnancy phase still, starts to binge drink she might have to face consequences such as preterm labor, stillbirth, miscarriage of the baby, and other problems.

If a woman binge drinking on more than 5 occasions n a month then she is a heavy drinker and her fetus is at a huge risk. The woman should be educated on alcohol and pregnancy relations and the effects that alcohol will have on her unborn child.

There might be times when the woman might indulge in sexual activities without protection which would create problems in the future. In her drunk state, the woman might not even take the right precautions for taking care of her child.

If you know anyone who is pregnant and has drinking problems they should immediately take professional help so that they can ensure the best help of their child. Always understand that habits such as heavy drinking or even binge drinking on any occasion might be harmful to your child.

Get professional medical help if you suspect yourself of having a drinking problem or addiction to drinking. If you know a woman and are related to her as a family or partner then educate your partner to ensure the best healthcare for their future kid.

Tags: Effects Of Alcohol On Newborn Babies, Binge Drinking During Pregnancy, Alcohol And Implantation Failure, Should I Get An Abortion If I Drank