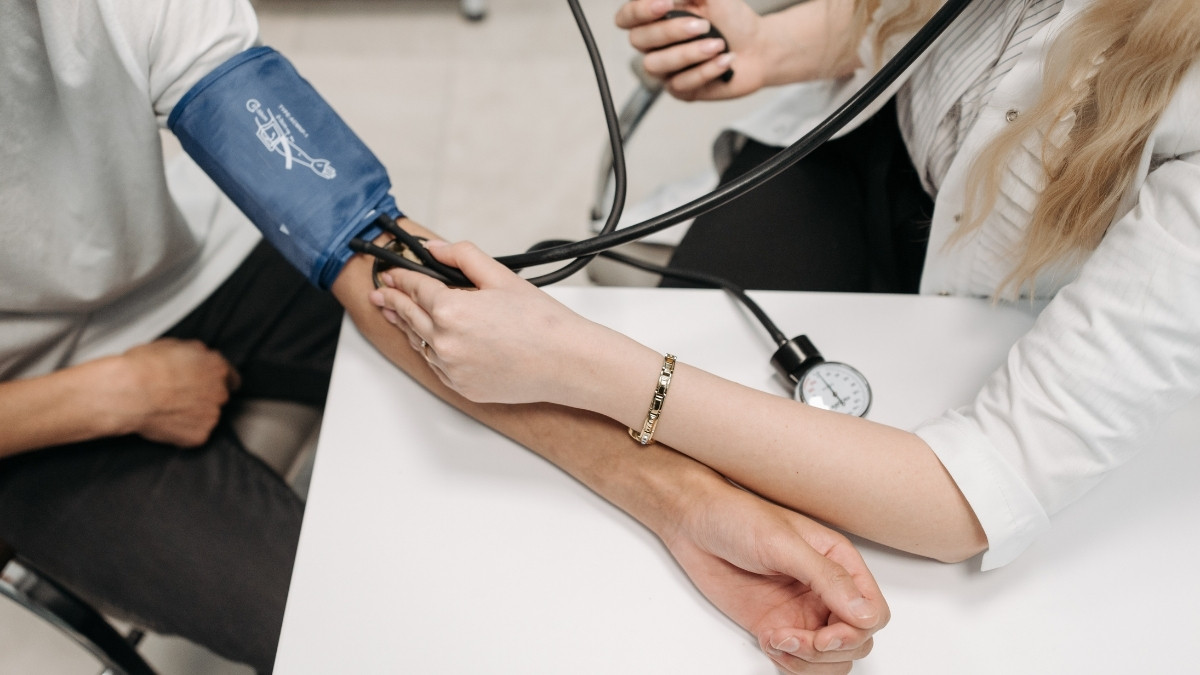 The thyroid is one of the most important glands in the body which looks like a small butterfly-shaped gland which lies below the neck. The thyroid gland plays an important role in secreting thyroid hormones that help to regulate the metabolism in the body, means the way our body uses energy. There are two main types of thyroid hormones:

Role of Iodine in the production of thyroid hormones

What are the problems associated with a thyroid disorder?

It is a condition in which thyroid gland becomes overactive and produces thyroid hormones in a large amount. Increase in the production of hormones in the bloodstream speeds up metabolism and causes various changes in the body. It is associated with a wide range of symptoms such as fatigue, weight loss, nervousness, changes in menstrual periods, high blood pressure, and tremors. As this disease progresses, it could lead to the occurrence of many problems in the body:

High blood pressure is a medical condition in which the flow of blood or the pressure on the walls of the arteries becomes higher than normal. It is considered to be a silent killer because it does not cause any symptom until the disease progresses. Also, high blood pressure is one of the most common causes of the development of heart disease. When strain on the coronary arteries increases, the heart is unable to pump oxygen-rich blood effectively. As a result heart problem occurs. Coronary arteries are the main arteries that supply nutrients and oxygen-rich blood to the heart muscles.

Hyperthyroidism is one of the causes of tremor. Tremor is a serious problem which is characterized by the repetitive and involuntary trembling of one or more parts of the body. Most often tremors affect hands and arms, but it can also affect other parts of the body such as the face, head, trunk, and legs. Hyperthyroidism affects the metabolic balance of the body and excessive thyroid hormones result in increased energy production by every cell of the body. As a result, the nervous stimuli becomes excessive and cause tremors.

Osteoporosis is one of the common bone disorder, characterized by weak and brittle bones, which are likely to fracture, following a small fall. Evidence suggests that there is a relationship between hyperthyroidism and osteoporosis. It is believed that patients who suffer from hyperthyroidism are more likely to have a weak bone. Osteoporosis occurs due to low bone mineralization. The cause of this relationship is that high concentration of thyroxine in the body speeds up a bone turnover.

Hypothyroidism is a medical condition which occurs when the thyroid gland becomes underactive and is unable to produce a sufficient amount of hormones in the bloodstream. Too little thyroid hormones in the body cause the slow down of metabolism. Some of the symptoms that are associated with hypothyroidism include a hoarse voice, dry skin, dry hair, and puffy looks. Undiagnosed or untreated hypothyroidism can cause some serious problems which include

Myxedema is a serious medical problem which occurs due to severe hypothyroidism and is characterized by decreased mental status, hypothermia, and other symptoms that could lead to decrease in the functioning of multiple systems in the body. Myxedema is also associated with various health problems such as neurological manifestations that appear in the form of confusion with lethargy, and untreated patients can go to coma, sometimes severe hypothyroidism also increases the risk of cardiovascular disease.

Multiple studies have stated a correlation between hypothyroidism and kidney disease. It is believed that thyroid hormones play an important role in the growth and development of the kidneys. The primary cause of this relation is that severe hypothyroidism leads to a reduction in the flow of blood to the kidneys, resulting in the impairment of kidney functions. The primary function of the kidney is to filter waste products in the body. When kidneys are unable to function due to lack of supply of blood, kidney disease develops.

Evidence suggests that a lack of thyroid hormones in the bloodstream can have a significant impact on the reproductive system in an individual. The reproductive system of both men and women are affected due to a lack of thyroid hormones. In women, infertility causes problems in women to conceive. This is because severe hypothyroidism is known to alter various functions in the body, including peripheral estrogen metabolism, hyperprolactinemia, and defects in homeostasis.

In men, hypothyroidism is known to be one of the causes of sexual dysfunction in men, particularly erectile dysfunction. Erectile dysfunction is a condition in which a man finds himself unable to attain or maintain penile erections that are sufficient enough to have satisfactory sexual intercourse. Lack of thyroid hormones in the bloodstream affects men’s erectile function and semen quality.

Tags: Foods That Helps To Regulate Blood Pressure, Are You Aware Of tremors?, Why is female infertility always considered complicated?, Various Factors Can Cause Osteoporosis