Home » Lifestyle and Diet » Do relationships have an ideal age difference? 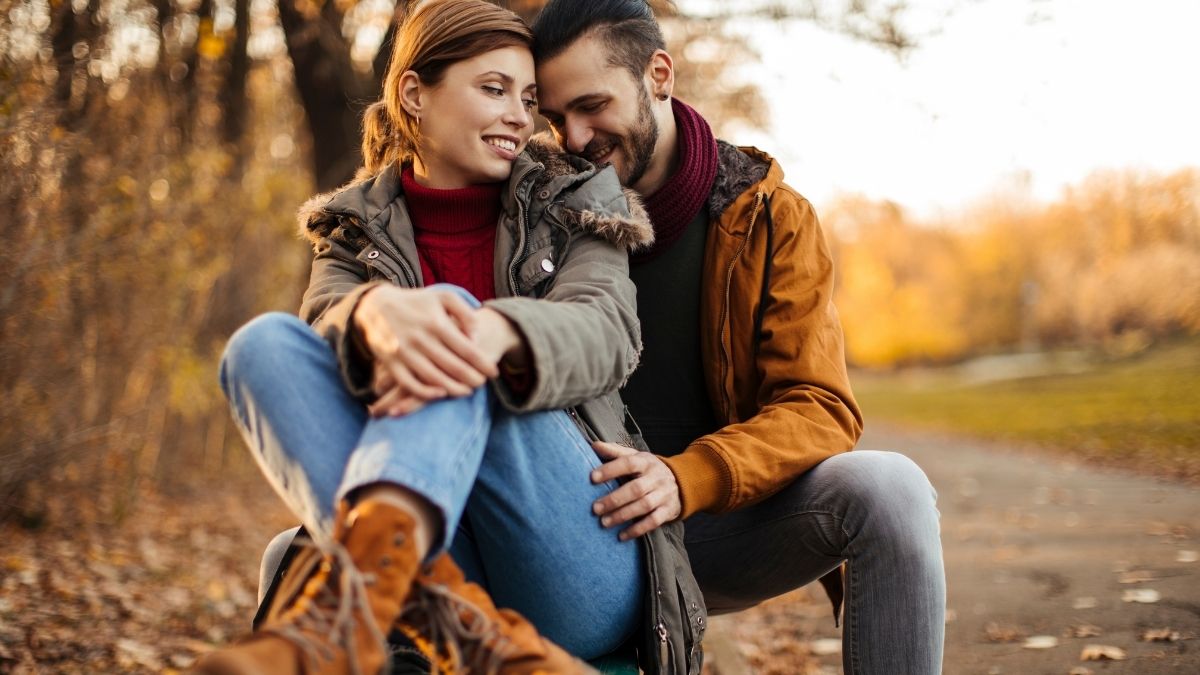 What’s common among celebrity couples like George – Amal Clooney ,Blake Lively – Ryan Reynolds, Beyoncé – Jay Z, Amber Heard – Johnny Depp and Amrita Singh – Saif Ali Khan? – The huge age gaps. But are they all separated or are they all happily living together? Definitely, not. So let’s find out how important the age gap is when it comes to couples.

According to a study, couples with an age gap of one-year have a meagre three percent chance of getting divorced. When you go up the age difference of up to five years, the possibility of divorce goes up to 18 percent. An age gap of a decade is 39 percent, and a 20-year age gap has an alarming 95 percent chance of ending in separation. This research analysed over 3,000 couples and concluded that the greater the age gap between a couple, the more probable they are to get divorced.

Another research submits that females have a tendency to look for men of their age, or maybe a year or two older. Men, however, desire women in their early 20s, irrespective of their own age. This choice may not lead to a long-lasting relationship.

The overall accomplishment of any relationship hinges on a few basic factors: shared principles and opinions, strong communication and conflict resolution, trust, intimacy, and the ability to support one another’s ambitions. None of these behaviours have anything much to do with age, even though a huge age difference between two people can mean dissimilar views about the world and thus the relationship.

A woman’s desires and sexual responses surge between the age of 20 and 35 years. For a man it happens at 35 and after. This is a basis for a proper age gap.

Marriage is a lovely and holy institution. But it is stained by the incorrect choice of partners, adjustment issues, larger-than-life expectations between spouses, low tolerance and the failure to realize limitations of marriage.

The age gap does not matter much when there is mental maturity, understanding, love and compatibility. Different age gaps work contrarily for diverse couples.

Back in the time, the age gap could be ten to fifteen years. Because of the absolute acceptance and dedication of the wife, such arrangements almost always worked fine. In those days, reproduction and continuance of offspring was the main subject. We still find our parents and relatives having a significant age gap but are compatible.

These days most girls and boys tend to involve their own friends, mostly of the same age. Studies conclude that in such cases of no age gap, dislikes and egos clash; being the same age, their mental maturity and attitudes differ. 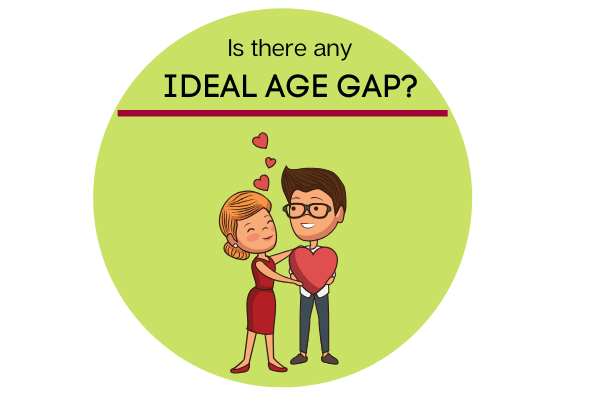 Girls and boys have more prospects to socialize and many times go overseas together. They have the time to get to know each other and have the space for selecting a companion with similar background, choices, likes and dislikes. Here only love, warmth and compatibility matters, not the age. Boy can be younger or older than girls.

Studies indicate that a four to five year age gap ensures the most steady relationship. Age gaps of more than eight to ten years show higher split-ups, arguments and troubled interpersonal relationships, leading to divorce and separation. wider age gaps might have worked fine for some, but cannot be generalised. Society flowers on more than ten year gaps in relationships. Reality hits as time passes; practical and truthful aspects become central as fantasy dwindles.

Females mature 2 to 3 years prior to males as also they reach menopause earlier. They mature at ten to fourteen years of age. Boys mature at twelve to sixteen years.

Back in the time of traditional marriages, the custom was that the boy must be older than the girl. A woman reaches menopause by the time of 48-50 years. Her fertility or reproductive ability is best between twenty to thirty years. Later on the competence reduces and the egg-count in the ovary starts reducing.

The man is proficient in producing semen even at the age of 70-75 years and also can father a kid.

Sexual desire and fantasies can develop even after menopause as women spend one-third of their life postmenopausal and the duration is also growing. The men in the 40-50-year age group have more desires but wifes’ craving will be fading. Once he reaches 60–70 years, the sexual ability decreases. If he weds a very young girl, the sexual incompatibility becomes apparent.

Sexual dysfunctions like erectile dysfunction, decreased libido, premature ejaculation and dyspareunia (painful intercourse) can lead to troubled interpersonal relationships, infertility and split-up. There are treatments available for sexual dysfunction. A twenty-thirty year-old girl marrying a fifty-year-old man or a thirty-year-old man marrying a forty-year-old woman is potentially challenging in the long run. This might not be that alarming for same-sex relationships.

Sexually, biologically, and reproductive health-wise, a brief age gap up to 4-5 years, where the female is younger, works fine. Ultimately it is the individual’s choice.

‘Half your age plus seven’ rule

It states that one should avoid dating anyone under half his/her age plus 7 years.

Example: A woman of 40 can date a guy aged 27 or plus, not younger than that because it is considered taboo.

The rule seems to have been initiated in France. This rule is applicable for girls marrying older men.

Finally, there is really no rule about “optimal age gap in marriage”. Age difference of one to five years seems to be optimal for most couples, the female spouse being younger.

It is said that the mindset and thinking of individual changes every 3 years, because of which, couples are more likely to have a stable and happy marriage with an age gap of six to seven years. There is better understanding and compatibility as compared to same-age couples. This is possibly the best age gap in marriages.

A 10-year age gap might be pushing it out a bit further, but sometimes this might work too. It comes with its own set of pros and cons. It needs a lot of maturity and tolerance to make it work. For a 22-year-old person to marry a 32-year-old individual, there could be a lot of struggle as chances are the two are in different stages of their lives and have unlike priorities. The younger one might be impulsive and still a bit immature and might have gotten married by the enticement of pampering from his/her partner. On the other hand, the older one is much more experienced, might have gained more maturity and probably lives life more practically. In such cases, different ideologies and expectations from the marriage might lead to major compatibility issues later on.

In a 10-year age gap, compatibility plays the most crucial role. You can make your marriage a success story even with all the differences. Some people mature faster than their age which makes them attracted to people who are much older than them. In this case, a marriage between them works because they are compatible in terms of maturity. This is also a good age gap for marriage.

With this huge age gap, marriages can become taxing. Such marriages generally have a short span. Initially, you might be living a lovey-dovey fantasy life, because of the ‘honeymoon phase’. But as time passes, you get reality checks and realise that you may have signed yourself up for a bad deal. Just because sparks fly between the two of you, it doesn’t have to necessarily be translated to compatibility. The spark may just be a sign of sexual tension and lust between the two of you which will soon fade away with time. Partners with a twenty-year age gap come from completely different generations and have seen life with different glasses. However, there have been many cases where this age gap doesn’t stop couples from leading a very happy and long-term marriage.

It has also been observed that the older partner tends to start controlling the younger one. No one needs a guardian in their partner. There will always be compatibility and priority issues.

There could also be issues of not having the same taste when it comes to movies, music and activities. With such a major age gap, your body and sexual habits are bound to be different too. You might find yourself constantly having to deal with your older partner’s age-related health issues such as diabetes, erectile dysfunction, etc and this may act as a hindrance.

Arranged marriage stories suggest that the relationship age gap rule is not universal and age becomes just a number when both partners are compatible, like-minded and share a level of understanding. Statistics also indicate that couples who accomplish to make it beyond the two-year mark, regardless of their age gap, are approximately 43% less likely to separate. To avoid complications in your marriage by maintaining healthy communication and always remember that you love each other! The key to a successful age-gap marriage is based on factors other than age such as communication, love, respect, and stability.

Studies show that a one-year age gap between couples is ideal and that a greater age gap can certainly test a couple. Just do know that age is not essentially an indicator of relationship success or failure. Ultimately, a significant age gap between you and your partner doesn’t destroy your relationship, but it does mean that you both might have to push a little bit harder to always be on the same page. And that’s fine because every relationship deserves at least a little bit of effort.