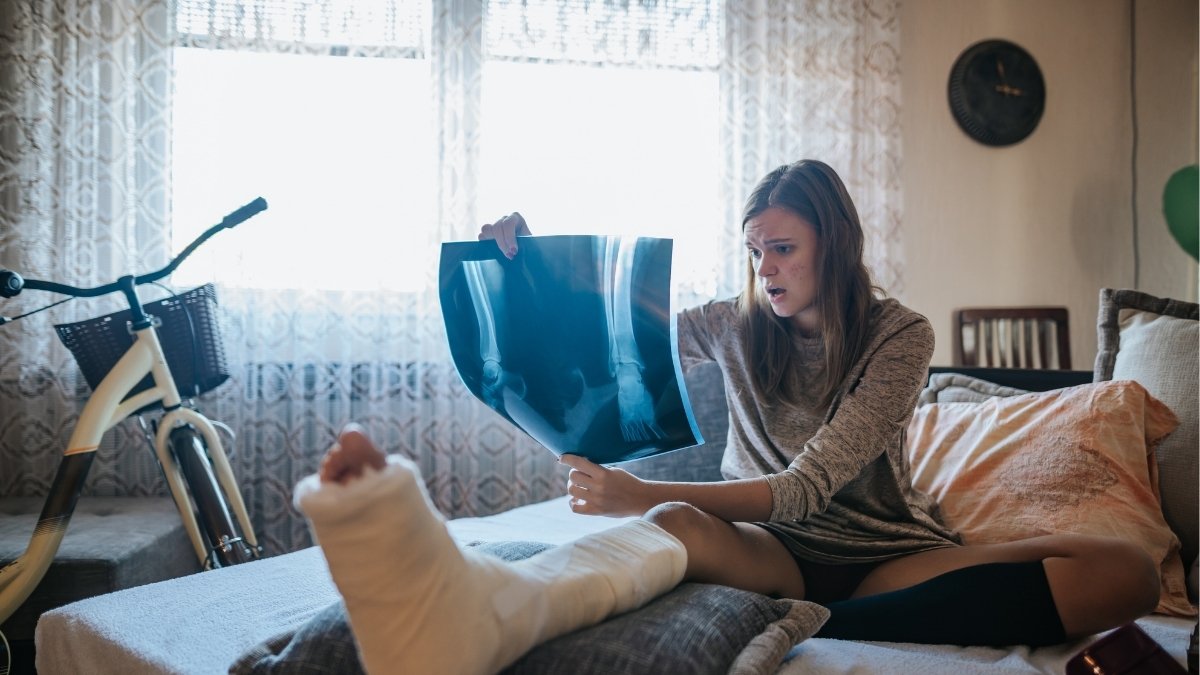 What Is A Bone Fracture?

“Fracture” is a medical term that signifies a broken bone. It is ubiquitous in the United States of America, and each person has at least two of them in their lifetime.

Now the question arises, “how bone fractures are caused?”

Fractures generally occur when the force applied on the bone is stronger than the bone itself. Age is most probably one of the most significant risk factors for bone fractures. Broken bones are very prevalent in childhood, but can be treated effectively with ease. However, as you age, the recovery becomes slower and more complicated. We shall discuss more causes in the later section of the article.

What Are The Symptoms Of Bone Fractures?

Some of the most common signs and symptoms of bone fractures include:

When a large bone-like pelvis and femur gets affected, it can cause the following symptoms:

Most fractures are caused by an automobile accident or a bad fall. Healthy bones are potent and can withstand pressure to a certain extent.

As people age, their bones get weaker, and this increases the risk of falling. Physically active children are also susceptible to bone fractures.

People with specific ailments also have weaker bones and are at significant risk for fractures. These ailments include osteoporosis, certain infections, and tumours.

What Are The Types Of Bone Fractures?

Generally affects the bone in the ankle, elbow or hip

Can also affect bones in the knee, shoulder, hand or finger

A compression fracture is the rupture or breach of the vertebrae. Vertebrae are the bones located on your back that stockpiles one over the other to form the spine. The spine is responsible for offering support to your weight, allow you to move freely, and shields the spinal cord and the nerves that run from it to the rest of the body.

A comminuted fracture refers to a condition when the bone shatters into more than two fragments. Immense pressure is required for fragmenting the bones, and so such fractures usually occur after a high impact trauma such as in automobile accidents.

It generally happens in the spongy portion of the spine. For example, the vertebrae can collapse into pieces.

Also Read: Some Most Common Disorders Of Bone

It is a severe type of injury where fracture and dislocation take place simultaneously. The loose part of a bone may remain stuck between the dislocated bones, which needs to be eradicated with surgery.

A hairline fracture or stress fracture is a severe bruise or a small crack in the bone. It can happen to anyone who does a lot of physical activities, especially athletes. Osteoporosis can also cause a hairline fracture in some individuals.

They are usually caused by repetitive actions such as running long distances, jumping over and over again, etc.

In this type of fracture, the stress can make the bone bend and crack, instead of fragmenting into separate pieces.

When you try to break a green branch of a tree, the similar thing happens. That’s the reason it is referred to as Greenstick Fracture. Children under the age of 10 years are highly susceptible to such fractures as their bones are comparatively softer and more flexible than adults.

In this type of fracture, one fragment of the fractured bone goes into another at the point of break. The fragments of bones may circumscribe the location of the break and the two ends forms a bulge in the bone.

When the bone breaks along its axis, it is called a longitudinal fracture. This is usually used in the context of long bone fracture, however, conventional categorization of temporal bone fracture also utilized this term.

In this, the break extends to the surface of the joint, which causes damage to the cartilage. Unlike an extra-articular fracture, it can develop serious long term complications like posttraumatic osteoarthritis.

Generally involves the volar or dorsal lip at the end of the bone in adults. Whereas in children, epiphyseal separation can occur.

This fracture is diagonal to the bone’s longitudinal axis. It was conventionally used to describe a fracture in the long bone. This fracture requires four to six months time to heal.

Pathology implies a correlation with a disease or ailment

And fracture means breaking of a bone

So, these fractures are caused due to a disease rather than an injury. Certain ailments weaken the bones making them susceptible to break. Routine activities such as bending over, stepping out of a car, coughing and other activities can cause the fracture of a weakened bone.

Spiral fracture is caused when a rotational force or torque is exerted along the axis of a bone. It often occurs when the body is moving, while one of the edges are established. Spiral fractures are pretty serious and have a risk of complications.

Generally occurs in the long bones such as the tibia

This is a specific type of fracture where the break happens at a right angle to the long axis of the bone. The transverse fracture can be caused due to sudden bending or twisting or by automobile accidents. If you have this fracture, contact an orthopaedic trauma surgeon without any delay.

Torus fractures are more common in small children. It is an incomplete type of fracture, the affected bone only deforms and not breaks.