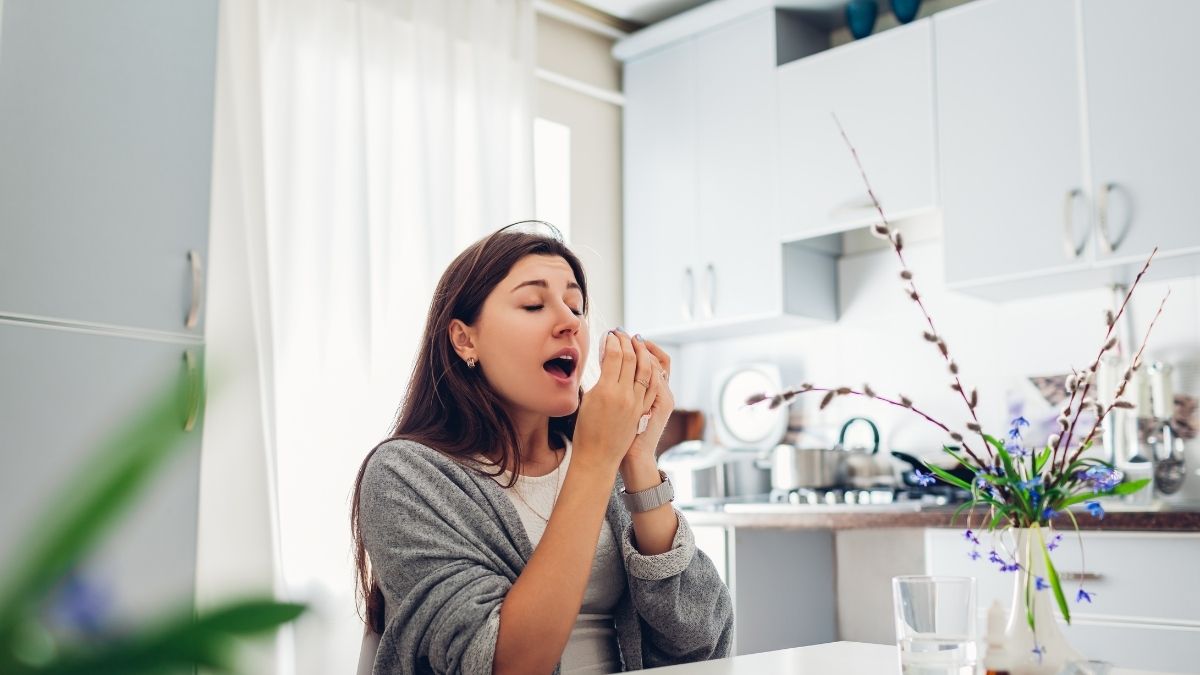 Allergies are extremely common among both children and adults. It has been estimated that up to 50 million people suffer from some type of allergy every year.

An allergy is defined as the reaction of the person’s immune system to substances that are generally harmless. These substances are known as allergens that can be found in pets, pollens, foods, and medicines.

The immune system in the body is defined as a defense system that protects the body against infections due to bacteria, viruses and many other foreign invaders. With allergies, the immune system treats the allergens as invaders and reacts in a defensive way, resulting in causing harm to an individual.

What happens in the body when an individual has an allergic reaction?

Whenever an individual comes in contact with an allergen, the reaction occurs. When an allergen enters the body, it triggers the response of antibodies, primarily immunoglobulin E  in the body which are attached to some cells, known as mast cells. As an allergen comes in contact with antibodies, the mast cells release substances such as histamine. The release of histamine in the body leads to inflammation and swelling.

An allergic reaction can have many symptoms and it can vary greatly. In fact, a single person can have different symptoms from one reaction to the next. The severity of the reaction is highly dependent on the release of histamine, therefore the severity level for every person varies.

What are the different types of allergies?

There are many different types of allergies and some of the common types are as follows:

The allergic reaction to food is the common type of allergy and most often, it occurs in children. The food allergy occurs when the immune system in the body reacts to the food as it mistakes the food as a threat. There are more than 100 types of food that can cause food allergies, but there are some foods that account to most of the cases of food allergies and they include milk, peanuts, eggs, soy, wheat, fish, and shellfish.

With food allergies, the immune system produces too much immunoglobulin E that releases histamines and results in the symptoms of an allergic reaction. Some of the common symptoms of food allergy include:

Generally, the symptoms occur within minutes to hours of ingesting food but in some cases, after the first symptoms go away, the next wave of symptoms comes up after a few hours. In medical terms, this reaction is known as a biphasic reaction. Although food ingestion is the primary cause of the severe reaction, sometimes breathing in food proteins such as steam could also lead to an allergic reaction.

When an allergen comes in contact with the inner lining of the nose, various reactions occur in the body that causes the mast cells to release histamine and other chemicals. These chemicals cause various cells to contract that leads to inflammation in the nasal passages, resulting in the occurrence of symptoms.

Allergic rhinitis and allergic conjunctivitis are common examples of airborne allergies. Allergic rhinitis is also known as hay fever and is characterized by inflammation of nose causing symptoms like runny nose, sneezing, and itchy eyes. Allergic conjunctivitis is characterized by inflammation in the eyes and causing the eyes to experience symptoms.

Also Read: What To Do And Avoid To Check Diabetes

An allergy that occurs due to a bite or sting from insects such as bees, wasps, and ants is known as stinging insect allergy. Whenever an individual is stung by the bee, wasps, or ants, he or she is likely to suffer from painful swelling at the sight of the sting.

In most cases, the insect stings produce a transient local reaction that can last up to several days and resolves itself without treatment. A severe allergic reaction is known as anaphylaxis. It can also lead to death.

Some of the common causes of allergic contact dermatitis include metals (which is used in many items such as jewellery), preservatives (that can be found in cosmetics, soap, perfume, and scented tissues), latex rubber (which can be found in items like bandages, rubber gloves, sneakers, and balloons).

Allergic contact dermatitis occurs when a dangerous and harsh substance comes in contact with skin and the longer the substance stays on the skin, the more severe the reaction becomes.

Drug allergy is a type of allergy which occurs when the immune system of a person reacts in a wrong way to a particular drug, leading to the production of immunoglobulin E, resulting in the occurrence of symptoms associated with it. It is a common type of allergy in adults, especially in elderly’s. The severity of the disease can range from mild to moderate to severe. Some of the mild and moderate forms of symptoms include:

Some of the severe forms of symptoms associated with drug allergy include:

Pollen allergy is one of the common forms of allergic respiratory disease and this allergic reaction affects the mucous membranes of the nose, eyes, etc.. Pollen allergy is usually characterized by nasal discharge, itchy and watery eyes, itchy nose, throat irritation, asthma symptoms, and nasal congestion. Allergy causing pollen particles are quickly released when pollen comes in contact with the person’s mucous membrane. The severity of the symptoms vary from person to person and it can range from mild to serious reaction. Various studies suggest that climate change has an impact on migration of pollens as an increase in the temperature can lead to changes in the crop patterns and as a result, new allergic pollens are introduced into the atmosphere. Also, the high temperature will lead to an increased number of cockroaches, house dust mites and thus allergen load.

Latex or natural rubber is obtained from the sap of the Hevea brasiliensis tree and latex allergens are proteins that absorb to the dust particles present in latex objects. The two main sources of exposure to latex are respiratory mucosa and skin. There are two types of latex allergy:

Immediate allergic reactions are considered to be the serious reaction to latex and when people who develop an allergy to latex proteins and come in contact with latex, release histamine. Thus, it results in itching and hives. Some products that contain natural rubber latex include bandages, rubber toys, baby dummies, and a wide range of medical equipment.

Allergies to pets and particularly to cats and dog are one of the causes of allergic diseases. Pet allergy is caused by the protein in the pet’s saliva, urine or the skin particles. It is commonly believed that the pet’s hair is mainly responsible for pet allergies as when the pets lick themselves, an allergen is transferred onto the hair. Although allergies from cat and dog are more common, an individual can also be allergic to other animals such as horses, mice, rat, rabbits, and birds. Depending on the individual’s sensitivity, the symptoms can range from mild to severe and some of the common symptoms that develop due to pet allergy are coughing, sneezing, breathing problems, rashes, and red and watery eyes.