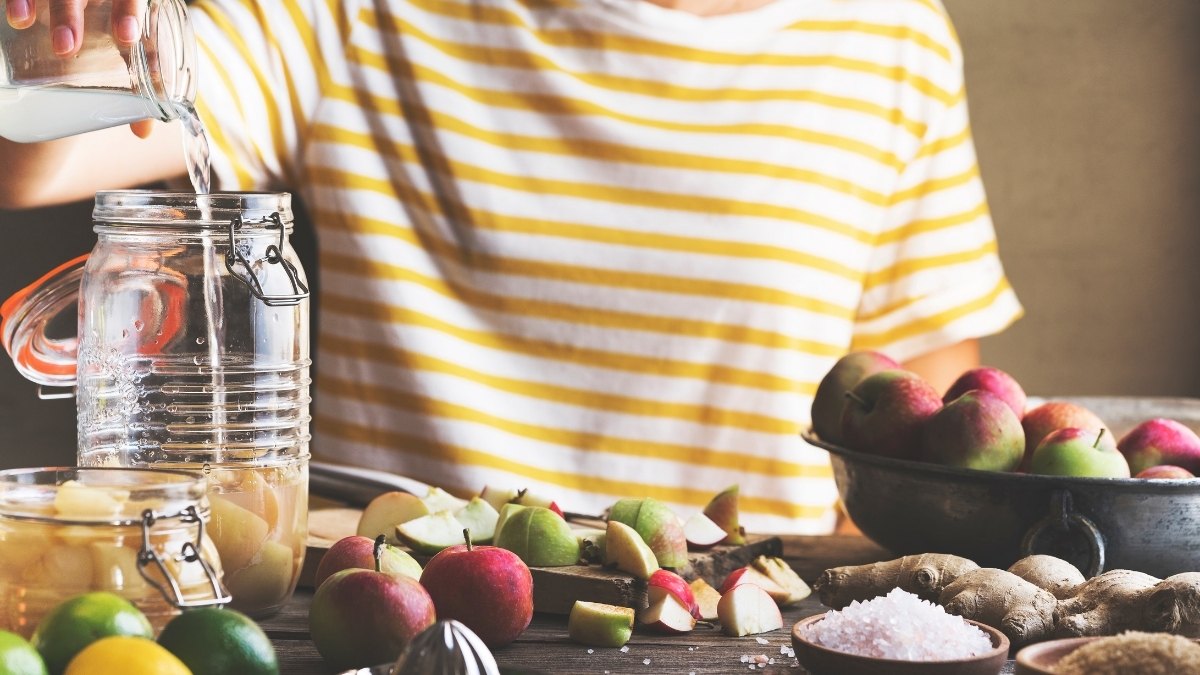 Apple cider vinegar is one of the most amazing products used by a large number of people for many different issues and problems. Apple cider vinegar is made up of organic raw apples and contains the mother of the vinegar, which has raw enzymes and gut-friendly bacteria, that promote healing.

Apple cider vinegar contains polyphenols and there are many health benefits that are attributed to polyphenols such as antioxidant, antiallergic, anti-inflammatory, antiviral and antimicrobial, antiproliferative, antimutagenic, anticarcinogenic, and free radical scavenging properties.

Diabetes mellitus is one of the common metabolic disorders which occurs when the glucose level in the body becomes too high. It is also known as hyperglycemia. Diabetes mellitus is a condition that results from the inability of the pancreas to produce a sufficient amount of insulin, the inability of the body to use produced insulin effectively, or both. Insulin is the primary hormone required to control glucose levels in the blood.

Apple cider vinegar is beneficial in reducing or lowering blood pressure and there are various mechanisms that could explain the cause of this effect. A decrease in renin and the subsequent release in angiotensin II is one of the reasons for reduced blood pressure.

Obesity is a medical condition that is characterized by an excessive accumulation of fat in the body. Obesity is one of the common diseases whose prevalence is increasing at a rapid rate, not only among adults but also among children. Obesity or being overweight occurs due to the imbalance between calorie intake and energy expenditure. An increase in calorie intake and a decrease in energy expenditure is considered to be the main cause of obesity.

Almost each one of us has experienced acne and knows its effect of it on us. No one likes acne. Acne is one of the most common skin problems characterized by a pimple or spots on the skin. Acne occurs due to bacteria in the skin. Acne can occur anytime and can have many causes of it, as it can result due to hormonal changes, pollution, stress, diet, excessive oil and not using the right cosmetic.

Bad breath is a common oral disorder that is associated with a negative impact on a person both personally and socially. It is one of the forms of embarrassment for a sufferer. Bad breath is a problem in which the breath of an individual has a bad and unpleasant odor. There can be many causes of it ranging from mild to severe, such as the lack of water to the symptom of some underlying serious disorder.

Almost every second woman complains of hair loss these days. Hair loss has become very common and there are a number of reasons that could cause hair loss. The reasons can be mild or can be serious. We often look for different natural ways that could help us save our hair. Apple cider vinegar is an effective solution to hair loss and other hair problems like dryness. Apple cider vinegar stimulates the scalp and promotes hair growth. It also strengthens the hair shaft and prevents hair fall.